Snakes, Trees, And Former Nuns: Creating The Cloister For The Awakening Series 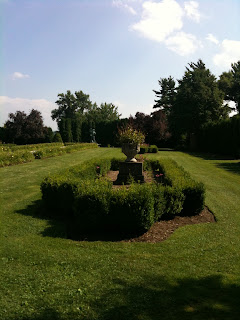 I use a lot of real places—like the St. Louis Arch and a student hotel in Yerevan, Armenia—as settings in the Awakening Series.

My favorite setting, though, is one I created: a former chapel known as the cloister.

Danger looms there in Books 2 and 3 (no worries, no major spoilers below).

A news report about snake handling, a visit to Pennsylvania, my family history, and a garden near the Art Institute in Chicago inspired it.

My dad grew up in Pennsylvania. One of my favorite things to do as a kid, despite that it was a 12 hour drive, was to visit my aunts, uncles, and cousins there.

As an adult, after my parents died I traveled to Loretto, Pennsylvania, for an extended family reunion. 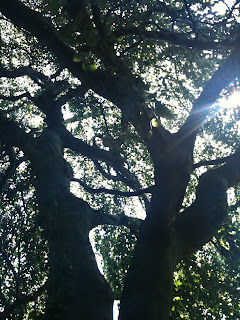 While there, we visited the gardens of a nearby church. I was particularly struck by a giant beautiful tree with branches that stretched everywhere.

You can’t quite see its scale in this photo, but it stayed sharp in my memory.

So much so that when I wrote The Unbelievers four years later, similar trees played a significant part in creating the atmosphere of the courtyard in the cloister.

Calling the former chapel "the cloister" also came from my family history.

One of my dad’s aunts was a nun, and as a kid I heard my mother talking about cloistered nuns. The word means hidden, and I was intrigued by this idea of a hidden place where people lived.

When I needed a group of people, possibly foes but possibly allies, who would guard secret information passed down for thousands of years that my main character Tara needed, a place known as the cloister seemed like a perfect setting.

Trees At The Art Institute

How the tree I’d seen in Pennsylvania would play into my story didn’t become clear to me until four years after I'd seen it. 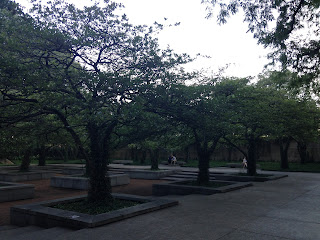 I was walking along Michigan Avenue in Chicago and passed the Art Institute, something I’ve done hundreds of times. For the first time, though, I wandered into the garden on the south side of it.

That particular garden features hawthorn trees. In the photo above they have leaves, and their top branches wind into one another.

I created a courtyard for the cloister that was filled with hawthorn trees, which I learned do grow in the mountains in Pennsylvania. Because the cloister is in the mountains, and it's above the snow line, the tree branches look stark against the snow as they wind together in an eerie, foreboding way.

While I was plotting The Unbelievers, I happened to see a television news show about a preacher who died while engaging in the religiouspractice of snake handling.

The concept is that someone with true faith can handle a poisonous snake without being bitten, or if the person is bitten, he will be healed through faith. 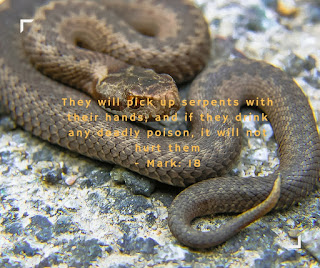 It’s based on New Testament verses in Mark saying that apostles will pick up snakes and that if they drink deadly poison it will not harm them. According to my research, the practice began in the Appalachian Mountains, so it fit with the location of my cloister.

I didn’t end up using snake handling directly in the books, but, fair warning, snakes play a role.

A lot of snakes.

----
For more on The Awakening Series, stop back next Wednesday, or sign up for bonus materials for the series.
Posted by Unknown at 8:33 AM