I've met many fun, kind and talented people through Twitter. One of them is fantasy writer Kyle Newton, whose sense of humor I love, and who tagged me in a blog hop. His blog is required reading for me when I need inspiration or want to laugh or both.

As for what I'm up to (required questions for hopping):

Here's the crazy thing I discovered - when you work for yourself, it's hard to not work. In contrast, when you work for someone else, you can count on resentment keeping workaholism in check, at least a little, because you ask yourself, "How dare they ask me to work every single evening and weekend? Who do they think they are to demand that?" Unfortunately (or fortunately for my bottom line), I seem to have pretty high expectations of myself as an employee. But I'm really nice to work for, so that helps balance it. Right now, I'm trying hard not to work on Book 2 in my Awakening series, as I want to take a fresh look at the manuscript after being away from it for at least a month before I do final revisions. This feels a lot like when it's 7 at night and I'm at my law office doing just one more thing before I go home. It can wait until morning. Really. 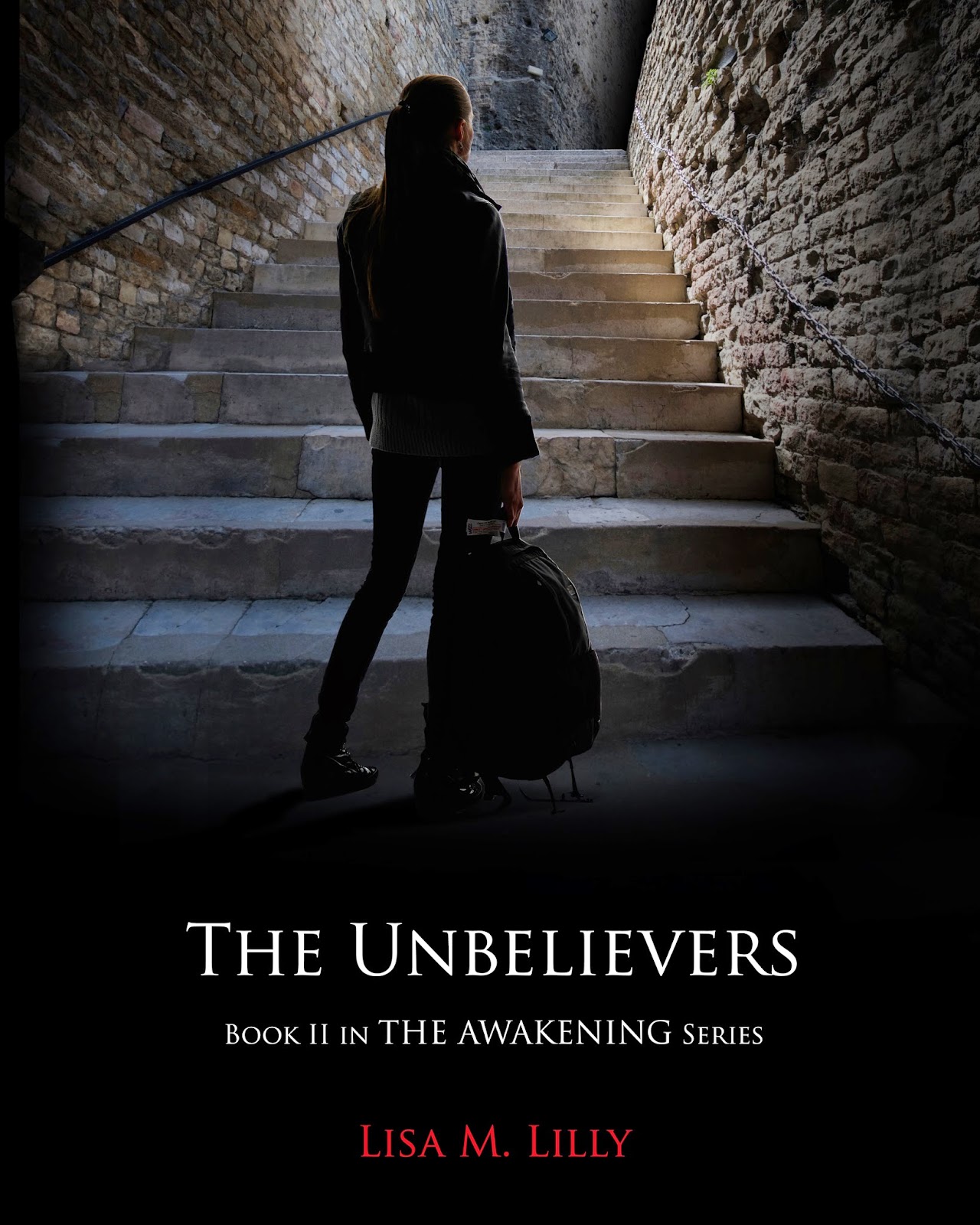 2 – How does my work differ from others its genre?

I first got on Twitter the same year I published The Awakening (yes, I waited until just before I published the book to learn about Twitter - probably not a good idea but I was working a lot -- see above). That's when heard about the Bechdel test for movies. It's a pretty minimal test -- does any (named) woman character talk to any other (named) woman character about any subject other than a man? It's pretty scary how few movies pass, no matter what the genre, and a lot of novels in my favorite genres -- thriller, suspense, horror, occult -- also barely pass. Without being consciously aware of it, that always bothered me, as did how often women are victims of crimes in books and movies. (See Stranger Danger, Comic Con and Girls Gone Gore for more on this.)  So when I wrote The Awakening, I wanted both a woman protagonist and an experience that reflected my own life, where women have been great friends, colleagues and mentors. That's a little unusual in the occult/thriller genre, though it's becoming more and more common. (Part of why I love the TV show Buffy the Vampire Slayer is it passes the Bechdel test all the time.)

When I was a kid, books were magic to me, as were libraries. In first grade, we had a substitute teacher and she read The Lion, the Witch and the Wardrobe to us every day for twenty minutes. It was my favorite part of school ever. After that, I constantly pressed my hand against the backs of closets, hoping to push through to the land of Narnia. Though I've read less fantasy as I get older, books still take me to other worlds. Part of why I love writing is that temporary immersion in an entirely separate world and in the lives of people who don't exist outside my head and on the page.

4 – How does my writing process work?

It involves tea in the morning, usually Earl Grey or Earl Grey Creme (from Teavana - if you haven't tried it you are missing out) and sometimes in the evening (try Republic of Tea's Banana Chocolate if you want one without caffeine -- tastes like a banana split). Evening writing may also require half a glass of wine. My favorite is Meomi Belle Glos Pinot Noir if I want to splurge, otherwise Yellow Tail Shiraz works. Why half a glass? More than that and I'll fall asleep, as I practice law in between writing during the day. Opi Malbec is also good -- about $13 a bottle. Oh, wait, did you really want to know about the actual writing? I spend a lot of time outlining, perhaps a month or two, then race through a first draft as fast as I can (ideally in 2-3 months), then spend three or four times that long editing. I like the editing and revising process most of all the writing stages, as I feel like I have more control. Not that I have control issues, at least no more so than anyone who loves spending time with people she created who live in worlds she created and face obstacles she created. (But, seriously, overall, I'm a pretty healthy person. Just ask any of my characters.)

Now it's my turn to tag, starting with, in honor of my love of the Narnia chronicles, fantasy author A.R. Silverberry, author of The Stream and Wynando's Cloak and winner of too many awards to list (though I'm being a little lazy - you can actually see them here): http://www.arsilverberry.com/

and J. Lenni Dorner, urban fantasy writer and author of the Existence book series. Read about the author and series here: http://jlennidornerblog.what-are-they.com/

and Jessica Samuels, a writer I met on Goodreads when I read part of one of her works-in-progress about a vampire in retail (who could resist that?). Visit her here: http://wolfdreamer25-myjourney.blogspot.com/p/writing-book-reviews.html

Lisa M. Lilly is the author of Amazon occult best seller The Awakening. Her poems and short fiction have appeared in numerous print and on-line magazines, including Parade of Phantoms, Strong Coffee, and Hair Trigger, and a short film of the title story of her collection The Tower Formerly Known as Sears and Two Other Tales of Urban Horror was recently produced under the title Willis Tower. If you'd like to be notified of new releases, including The Unbelievers (The Awakening, Book 2), click here to join her email list.
Posted by Unknown at 11:28 AM 4 comments: