Are Books Written by Women More Likely to be Labeled "Trash"?

Have you ever heard someone say with an air of apology, “I read trash”? Or has anyone dismissed what you read that way? Once a friend referred to an early Mary Higgins Clark book as trash. If Clark has heard her work called that, I imagine she doesn’t lose sleep over it given that she’s known as the Queen of Suspense, has sold over 100 million books in her lifetime, and receives advances of over $10 million per novel. But the comment made me wonder, what is it that makes one book or author more likely than another to be labeled trash? 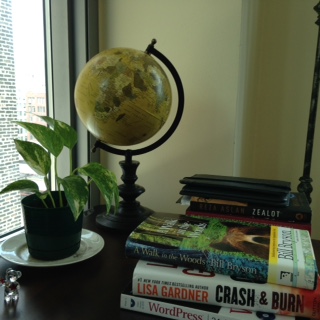 It seems like some subjects, genres, or aspects of writing should make the distinction easy to draw, but I suspect other not so obvious factors are at work. For example, last month my women’s book group read a book I normally would never have picked up. It’s a coming of age novel told by a first person narrator. The story, to the extent there is one, revolves around sexual tastes and practices the general public considers unusual. The dialogue struck me as preposterous, and the narrative includes annoying catch phrases and repetition. All my critiques makes this sounds like a book in one of those genres that’s most often labeled trash, such as erotica or romance. Fifty Shades of Grey, perhaps. But no, what I read was In One Person by John Irving. After the book was released in 2012, Time magazine called Irving a “literary legend.”

For those not that familiar with the two novels, Fifty Shades was initially self-published as an e-book in 2011. It is about a young woman who is a virgin. Her first sexual relationship is with a man whose proclivities include bondage and discipline. In One Person was traditionally published. Written as if it were a memoir of a man in his sixties or seventies, it focuses on the narrator’s first sexual relationship, which is with a transsexual (this is the word the author uses), as well as his many subsequent sexual experiences as he matures. I did not like either book. After the first chapter, I skimmed both. The critiques I listed above I had about both books. Yet E.L. James (the pen name of the Fifty Shades author) is generally considered a writer of trash and John Irving is lauded as a literary giant.

Here are my ideas about why:

Emotional Distance or Closeness: One reason I don’t like many literary novels is that, as with Irving’s book, I often feel disconnected from the characters. While I didn’t love Fifty Shades, I had no doubt how narrator Anastasia felt about her love interest, her life, her sex life, her friends, etc. I had empathy for her. In contrast, I never quite feel what Irving’s main character, whose name I’ve forgotten, feels. His sex scenes are detailed to say the least—I’ve never read or heard anything that included so many uses of words for male and female anatomy—but, to me, not compelling. They are told with a tone of irony and detached observation. Most novels I was required to read in high school and college had that type of distance between the author’s voice and the characters. Most were written using an omniscient narrator. In that style, the narrator knows all about everything, sometimes even intruding and commenting on the plot or the characters’ choices, but stays a bit removed and above it all. Current fiction tends to set the reader right in the characters’ hearts and minds. I think this has led to associating “literature” with distance and popular fiction (which for some equals “trash”) with emotional connection. Though certainly there are literary writers, such as Dorothy Allison, whose work I find almost too hard to read due to the depth of the characters’ emotions.

Guilt/Entertainment: Many people feel guilty about enjoying reading. If a book is fun and they can’t put it down, they believe it must not have literary merit. On the other hand, if most people groan when they hear the title and say, “Ugh, yeah, I had to read that in school,” or if at the very least it takes effort and planning to get yourself to sit on the couch and open it, then a novel must be good, it must be literary. So a fast read like a Jonathan Kellerman or a Mary Higgins Clark is trash, and a novel that plods along where you don’t care one way or another about the characters must be literary. Again, I think this is a holdover from high school and college.

What the Book is About: I don’t mean the subject of the main storyline. In One Person and Fifty Shades of Grey are both about sexual awakening and experiences. But the former also explores sociological and political questions such as how the main character’s family responds to him and his orientation, what role heredity and environment may or may not play in sexuality, and how society treated and treats people who are bisexual. In contrast, for the most part, Fifty Shades focuses on the personal relationship between Anastasia and her love interest and leaves larger questions about society untouched. This is not to say that a reader couldn’t extrapolate from Anastasia’s experiences and feelings to a larger theme, but, to me at least, that isn’t in the text of the book. (Perhaps this is why I saw Irving’s book referred to as “literary porn,” while Fifty Shades is often called “mommy porn.”) This criteria is one that, for me, often divides what I think of as pure of-the-moment entertainment versus a book that makes me keep thinking about it long after I’ve finished. But I’ve felt this way about both books that are considered literary and those that are considered genre or mainstream fiction, such as certain Stephen King novels, my favorite being The Dead Zone.

The Education Needed to Read And Understand the Book: By education, I don’t mean level in school, but the breadth of knowledge a person needs to understand the book. I suspect this is a principal reason Shakespeare was considered entertainment for the masses when originally performed and is now considered literary. For most of us, enjoying Shakespeare’s plays takes a certain amount of knowledge of the times in which they were written and the changes in the language since then. That can be gained through reading an annotated text or joining literature classes or discussion groups, but it takes more effort than, say, a detective novel. So readers of Shakespeare and similar books may see themselves as smarter, more educated, and more like serious readers even if they only read a few books a year, while I tend to think of serious readers as those who love to read book after book after book.

The Gender of the Author and the Main Character: Look at any overall list of best literary fiction and you’ll find it dominated by men, and white men at that. This is starting to change, so now you’ll find women writers and writers of color included in literary book lists for recent years. All the same, being male helps if you want to be considered a serious author. Something else I’ve noticed is that a coming of age book about a young woman is generally considered a genre or young adult book (think Are You There God, It’s Me Margaret, or anything else by Judy Blume if you’re my age or the Hunger Games or Divergent novels), and thus, to some people, a lesser sort of book—a sentiment with which I disagree. A coming of age book about a young man, however, is often considered literary. Think about The Adventures of Huckleberry Finn or Catcher in the Rye. There are exceptions; for instance, I found To Kill a Mockingbird on one list of literary coming of age novels (along with 9 books about boys/men). Likewise, when women write about sexual or romantic love, by and large it is considered trash—think of the view of most everyone you know about romance or “women’s” novels. When men write about sexual exploits, though, it is literary. Ask Vladimir Nabokov and John Irving.

The Track Record of the Author: This is the one that probably applies most directly to the two books I’ve been comparing. Fifty Shades of Grey began as fan fiction (fiction where the writer adopts characters of an already existing book, movie, or television show) based on the Twilight series. The author was an unknown in the fiction world. Only after she self-published it as an e-book and it became wildly popular did a traditional publisher take it on. John Irving, in contrast, had twelve novels published before In One Person, for the most part to critical acclaim. Based on his pedigree, I assumed when reading In One Person that Irving deliberately chose for stylistic reasons to have the narrator retell various anecdotes and refer to his uncle and other characters a gazillion times by nicknames such as “The Racket Man.” (Or “racquetman,” I’m not sure, as I listened rather than read and didn’t care enough about any of the characters to track it down or figure it out from context.) On the other hand, knowing the history of Fifty Shades of Grey, I assumed that when the entire contract between the narrator and her love interest was included word-for-word more than once, it was because the story initially had been told in serial fashion, so the author had repeated it for readers who hadn’t started at the beginning, then not thought to edit it out when transforming the work into one complete novel. Similarly, I ascribed catch phrases that made me cringe to inexperienced writing. In short, while I didn’t like either writing style, I concluded Irving was trying to achieve an effect that just didn’t work for me, while E.L. James’ novel needed another round or two of rewriting or editing. Accurate in either case? Maybe, maybe not.

As for my own writing, as in reading fiction, plot matters to me most, then character, then the writing style, but I strive for all three to be as strong as possible. And I don’t consider anything I read “trash,” just a book or style or subject that’s not for me. What about you? Do read—or write—anything you would call trash? If so, what does that mean to you?


Lisa M. Lilly is the author of the occult thrillers The Awakening and The Unbelievers, Books 1 and 2 in the Awakening series. A short film of the title story of her collection The Tower Formerly Known as Sears and Two Other Tales of Urban Horror was produced under the title Willis Tower. If you'd like to be notified of new releases and read reviews of M.O.S.T. (Mystery, Occult, Suspense, Thriller) books and movies click here.
Posted by Unknown at 5:49 PM No comments: