Missed Communications And The Rise Of The Emojis

I had another topic in mind for this week’s blog post, but I started reading comments from beta readers (first readers who critique a writer’s manuscript) for The Conflagration, Book 3 in my supernatural thriller series, and it got me thinking about how people communicate, and fail to communicate, in today’s world. The readers of this draft of The Conflagration raised questions about plot points and characters that I had thought I’d written clearly. One bit of crucial information about who is sending cryptic Bible verses about Satan appeared in my outline for the book, but not in the manuscript. And I’d cut scenes between two characters (professor and former nun Sophia Gaddini and billionaire Erik Holmes, for those following the Awakening series) to keep the plot moving quickly, but that left one of the characters underdeveloped, as what was in my mind never made it onto the page.

Already I have ideas about how to revise to address these points. But the same types of miscommunications—and missed communications—happen all the time in day-to-day life and, unfortunately, we don’t have beta readers to review what we say or write before we share with others.

The Death of Letters

Ironically, this age of multiple communication methods and platforms seems to lead to more communication problems. Part of it is the death of written letters. Three or four decades ago, people regularly wrote letters for business and personal reasons. Handwriting takes time. Word processing is quicker, but it allows multiple revisions. Either way, letter writers tended to think about what they wrote and read their words again before sending the correspondence, which in itself was a process. You couldn’t zap off a letter in a rush of anger two seconds after you finished it. At the very least, you needed to address an envelope and walk it to a postage machine in your office or find a stamp and a mailbox. The length of letters also allowed the writer to include details and asides that conveyed tone and emotion.

The Depth of Real Phone Calls

Phone calls, too, provided cues that are missing in most communication today. I’m referring to “real” phone calls—ones on landlines with good sound quality. Tone of voice, how quickly or slowly someone spoke, hesitation, breathing—all of these gave cues to the listener about what the speaker meant and felt. And phone calls were two way. If my friend on the other end of the phone line understood something different from what I meant, I usually could tell that based on her response and further explain myself. 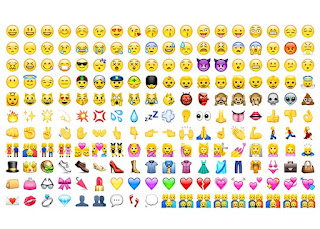 All this is not to say that today’s communication methods are worse than those in the past. Technology has allowed us to expand communication in so many ways. For example, video conferencing, though it hasn’t caught on as much as I'd expected. When I was a kid, video telephone calls were a staple in futuristic television shows or movies. Now such calls are easy and free for anyone who has Internet access and a Skype account or FaceTime. Yet, I have only one friend who FaceTimes periodically with me, but usually we talk on the phone, and more often than that, we text. Also, I’ve yet to use video conferencing on a day-to-day basis for business. Texting or emailing is quicker and allows the sender to communicate when she has time, and the recipient to answer whenever it’s convenient. It’s often hard enough to find a time when two people are free to talk via phone, let alone when both are able to access a video device and want to be seen. (My mom’s generation used to have a phrase called “putting on your face,” meaning to put on the amount of make up considered appropriate to see other people. In a more general sense, I think that’s also a factor in why video telephoning hasn’t become common.)

The Rise of Emojis and Exclamation Marks!!

Another innovation is the emoji, descendant of the emoticon. The emoticon came about when letters gave way to emails, which are still a main method of business communication. A letter was long if it went past a few pages; an email is long if it exceeds a paragraph. That makes it harder to read tone, and I probably spend nearly as much time composing and revising an email as I did a letter, despite its drastically shorter length. Because of that, in the 90s, people began combining and typing symbols to show emotions, such as :) or :(  According to what I found on the internet here, as texting became more prevalent, emojis, shown above, developed to replace the multiple character emoticons. An emoji is a small picture that counts as a single character, thus making it easier to stay within text message limits. (If you’re into grammar, here’s an Atlantic post on whether the plural of emoji is emojis or emoji.) Emojis and emoticons, as well as a lot of added punctuation, provide tone and context for texts. Without them, promises to get together soon or congratulations on graduations or promotions or new babies can sound flat or, worse, sarcastic. Emojis also can go beyond tone and convey activities or messages in themselves.

I also see emojis in social media, which makes sense. Social media typically involves people interacting through public personae, often carefully crafted. In a certain way, this makes the communication less interactive. One person posts carefully chosen photos, videos, quotes, and anecdotes. Others comment, often at a different time, and often in posts as short as those in texts. It’s easy for people who just happen to comment on the same photo to debate, without the benefit of knowing one another personally or knowing anything about one another’s context and lives. Emojis, emoticons, and exclamation points make it a little less likely tone will be misread.

I learned to write at a time when exclamation points were considered weak, as good writing in itself ought to convey the emotion. So part of me dislikes the trend toward shorter communication that requires multiple exclamation points and emojis. But I’ve taken to using them so there is less chance of misunderstanding. And, as with email, I reread what I type into social media platforms several times before sharing. As a corollary, if something someone else writes strikes me as offensive, I try to assume the best of all possible intentions by the writer. All of this involves effort, but in the end the chance to communicate with so many people I’d never have met in an age of more limited means of communication makes it worth it the effort.

What are your thoughts on today's methods of communication? Feel free to use emojis below!!